Coronavirus outbreak is spreading rapidly all around the world. Information portals, television, and the press have given up other topics to focus entirely on reporting and forecasting the after-effects of global panic. And the panic, like an echo, now affects not only the citizens but also the entire economy.

It is no wonder everyone is looking forward to the pandemic to end and normality to return. When is this situation over? - we do not know yet. However, thanks to Big Data analysis, we can estimate which nation reacted most seriously and quickly to the new threat.

We analyzed geolocation data to check how residents of the three European countries - Italy, Great Britain and Poland - limited their mobility on the grounds of the coronavirus outbreak, and whether they actually stayed at home. Our analysts used geolocation data from the users' smartphones mainly to analyze the geographical mobility of society.

We collected information from February 24 to March 15, excluding the previous days of the epidemy, since at that time in many places there were still winter holidays, and data from this period would seriously disturb the actual view on the situation and the movement of people in Europe. Moreover, data about the behavior of the users who made long one-way trips was also not included in this analysis, since it would indicate that those users were returning home after the holiday.

“The main purpose of this analysis was to check whether the citizens of individual countries have limited their social life that, in turn, could help to reduce the spread of the virus.”, notices Maciej Sawa, the CEO of OnAudience.com, and adds, “In our analysis, we used mobile data collected mainly from mobile phones, and the geolocation was based on the GPS systems. On a daily basis, we use the same technology to support our clients in online advertising campaigns."

For the purpose of this analysis, the distances have been standardized so the comparison between different countries could be made. The need for standardization results from the fact that average distances in individual countries differ significantly (it can be influenced by the average distance between the place of residence and workplace, or even climate and weather).

The Italians, Brits and Poles were “observed” for a period of three weeks. Prepared charts, created with the use of an activity indicator, show the average distance made by a statistical resident of a given country.

The continuous blue line indicates the average daily distance, and the dashed claret line means a reference point that represents the average distance that residents of a given country made during the week before the coronavirus outbreak. This makes it easier to compare the level of activity before and during the study. 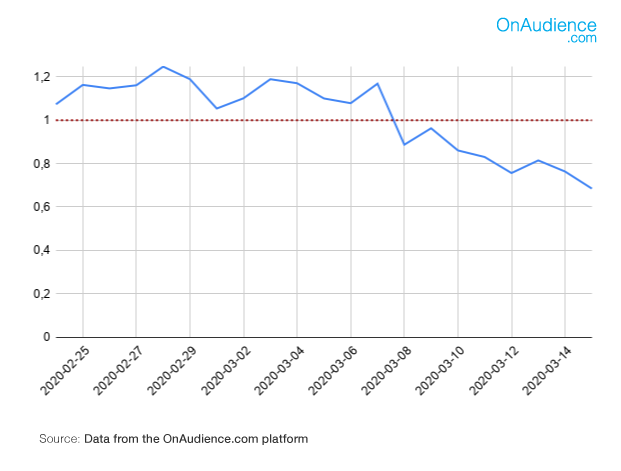 The chart shows that until Italy has not banned assemblies throughout the country, and until schools and universities haven’t been closed, the inhabitants of the Apennine Peninsula did not worry much about the threat connected with coronavirus outbreak, which could be the reason of the current situation in Italy.

Despite the fact that coronavirus appeared in Italy much earlier than in Poland, it was only on March 9, when relevant limitations were introduced and the Italians pushed themselves to stay at home. At that time, we can observe a clear decline in activity understood as a movement.

Despite the fact that the Italians are currently one of the most affected nations in the world by the epidemic, their activities were still not limited to this extent as it took place, e.g. in Poland. 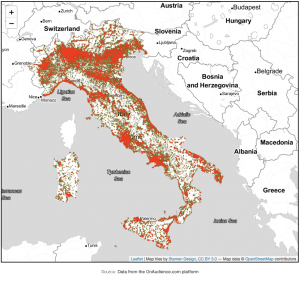 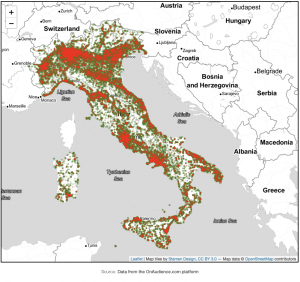 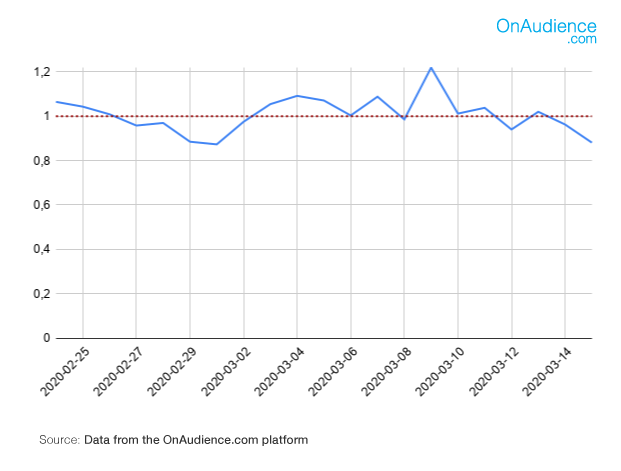 Great Britain is certainly an interesting reference here, where the government's decisions have aroused social controversy. British authorities did not introduce any restrictions on the functioning of society or economy until March 15, that is to say until the survey was conducted.

It can be confirmed by data. The chart clearly shows that the British have not given up their social life in any way, and their functioning has not changed significantly. 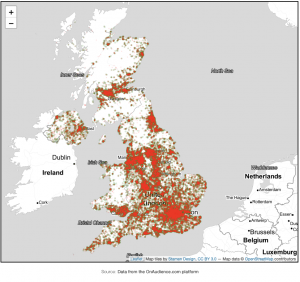 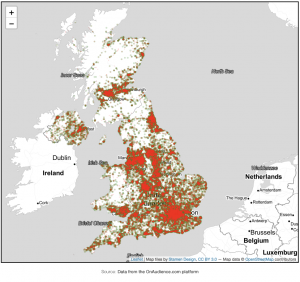 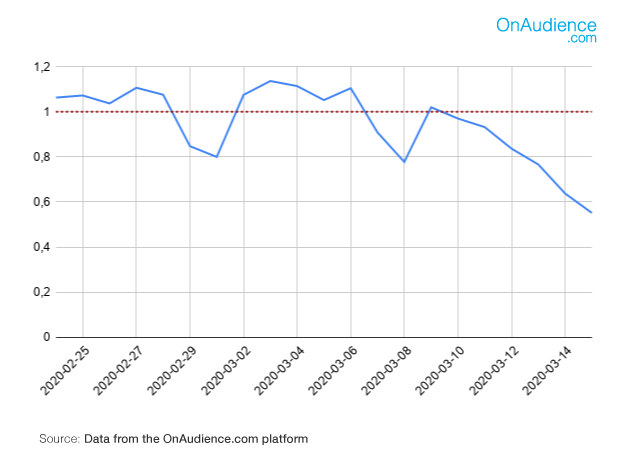 Analyzing the situation in Poland it is clearly visible that from March 9, that is 5 days after the first case of coronavirus outbreak infection in the country was recorded, the distance traveled by a statistical Pole has a decreasing tendency. The presented chart also shows periodic, two-day declines - these are weekends (March 1 and March 8 - Sundays). 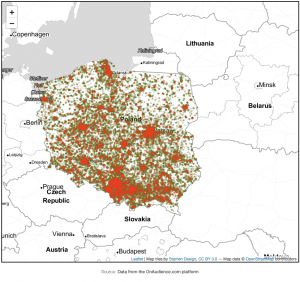 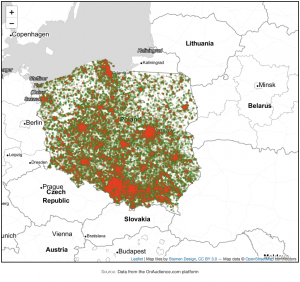 We will surely recover

Our analysis reveals many differences that have been noted between particular nations, however, how does it correspond to how quickly and when people and economies will recover?

“This is a question for epidemiologists, economists as well as social psychologists, although it seems more than obvious that limiting the activity is the factor that can reduce the spread of coronavirus. It is only to be hoped that residents of other countries that struggle with the epidemic will treat the restrictions on movement seriously”, notices Maciej Sawa.

Once we win the war for health, many countries will face another, equally serious effect of the pandemic - the economy will require a lot of work and sacrifice from all of us. Nonetheless, it is nothing that humanity could have not dealt with in the past.

According to the World Economic Forum: infectious diseases have been shaping the economy for centuries - one can mention the plague, cholera and Spanish flu or SARS. Coronavirus (Covid-19) in all probability will be added to this list and become a part of our collective memory as an event that shaped societies and economies.

The presented analysis was based on anonymous data collected from mobile devices, including primarily mobile phones connected to the Internet. To ensure adequate precision, the geolocation was determined based on the GPS system.

Currently, 394 million devices in total are being analyzed by us on the markets of Italy, Great Britain, and Poland in terms of coronavirus outbreak. The used data was collected between 24 February and 15 March of the current year and were standardized to allow the comparison of individual markets.

Coronavirus outbreak: mobility of US and... Read

Your email was successfully added.

This website uses cookie files installed by OnAudience Ltd or third parties for statistics, marketing and analytics purposes, enabling us to provide you with the personalized advertising on the websites you visit. This information is shared with social networks, advertisers, analysts and other service providers - third parties. You can change your cookie settings or disable them at any time via your browser settings-privacy settings. Otherwise please accept our recommended settings. For more information about use of cookie files please see our Privacy Policy.